Allaamah Ahmad Shakir (d. 1958 CE) was an Egyptian scholar of hadeeth (brother of Mahmood Shakir), and he made notes upon some of the major classical works of Tafsir, Hadeeth and Sunnah - from them the Musnad of Imaam Ahmad bin Hanbal, the Tafsir of al-Tabari (Jaami' al-Bayaan), the Sunan of al-Tirmidhi and others. He witnessed the rise of al-Ikhwan al-Muslimeen in Egypt and the nature of their activities. He is a reliable figure to cite from since there are many others who have spoken and made allegations about al-Ikhwan and some of their figureheads (we will document these statements separately), however, Ahmad Shakir is a reliable and trustworthy figure in whose words there is confidence since his being a person of the Hadeeth, Sunnah and Aathar is evident. 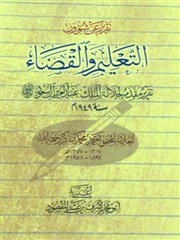 The movement of Shaykh Hasan al-Banna and his Muslim brothers (i.e. Muslim Brotherhood), those who have overturned the Islamic da'wah into a criminal destructive da'wah, is financed by the Communists and Jews as we know that with certain knowledge.

What has been published as this book was originally sent to Malik Abdul-Azeez (rahimahullah) by Ahmad Shakir informing him of the state of the educational and juristic affairs of Egypt, and within this research, he made this remark. This is quite a complex statement to unravel as the situation in Egypt from the 1920s to the late 1950s was also rather complex in turn. Here we just want to put this remark on the record and we will come back to it at relevant places in other articles as it may serve as an important piece of the puzzle.